Adventists pray for those affected by Istanbul airport bombings

Adventists pray for those affected by Istanbul airport bombings

Relentless Pursuit: "Be Careful Where You Sleep--Walter Pearson

Revelation: The Bride, the Beast & Babylon

Cosmic Conflict: The Origin of Evil

Creation: The Earth is a Witness

Rick McEdward, president of the Seventh-day Adventist Church in the Middle East and North Africa, joined Adventist believers across the region in praying for those affected by deadly suicide bombings at Istanbul’s main airport — an attack that felt particularly close to home because regional church administrators and their families often fly through the Turkish air hub.

Dozens of people were killed and injured when three attackers armed with bombs and guns detonated their explosives in a Tuesday night confrontation with police at the entrance to the international terminal of the Istanbul Atatürk Airport, one of Europe’s busiest, news reports said. No one claimed immediate responsibility for the attack.

“As a church family and as a MENA staff we are praying for the families of those killed and for those who are in hospitals recovering,” McEdward said in an e-mailed statement.

MENA is the acronym for the Adventist Church’s Middle East and North Africa Union, which McEdward leads.

“Because Istanbul is one of the main airline hubs for the region, this attack feels close to home,” he said. “Our staff and families travel through this airport frequently.”

“This Wednesday I am especially thankful to the Lord for His safety and protection because I have transited through that airport several times in the past few months and most recently on Sunday, June 26,” Wilson said on his Facebook page. “Life is serious, and the times we are living in are serious.”

Wilson also said he had prayed “for the families who lost loved ones, for the people of Turkey, and for the government agencies that have to handle these tragic situations. I have prayed for our church work in the Middle East and North Africa Union and their important activities.”

McEdward said he was not immediately aware of any Adventists who had been affected personally by the airport attack.

“Nonetheless, the attack today in Istanbul sends another shockwave through our hearts,” he said.

He said the attack served as a reminder of the need to be personally vigilant and to be prepared for any event.

“As Adventists, we are called to carry the light in crisis and tragedy,” he added. “So we look at every event as an opportunity to live God’s love and to share about Christ’s return when these kinds of tragedies will be no more.” 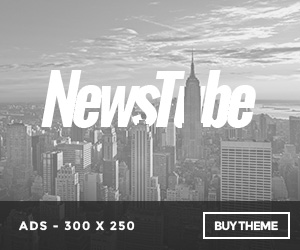